Blake Lively Is a Style Icon 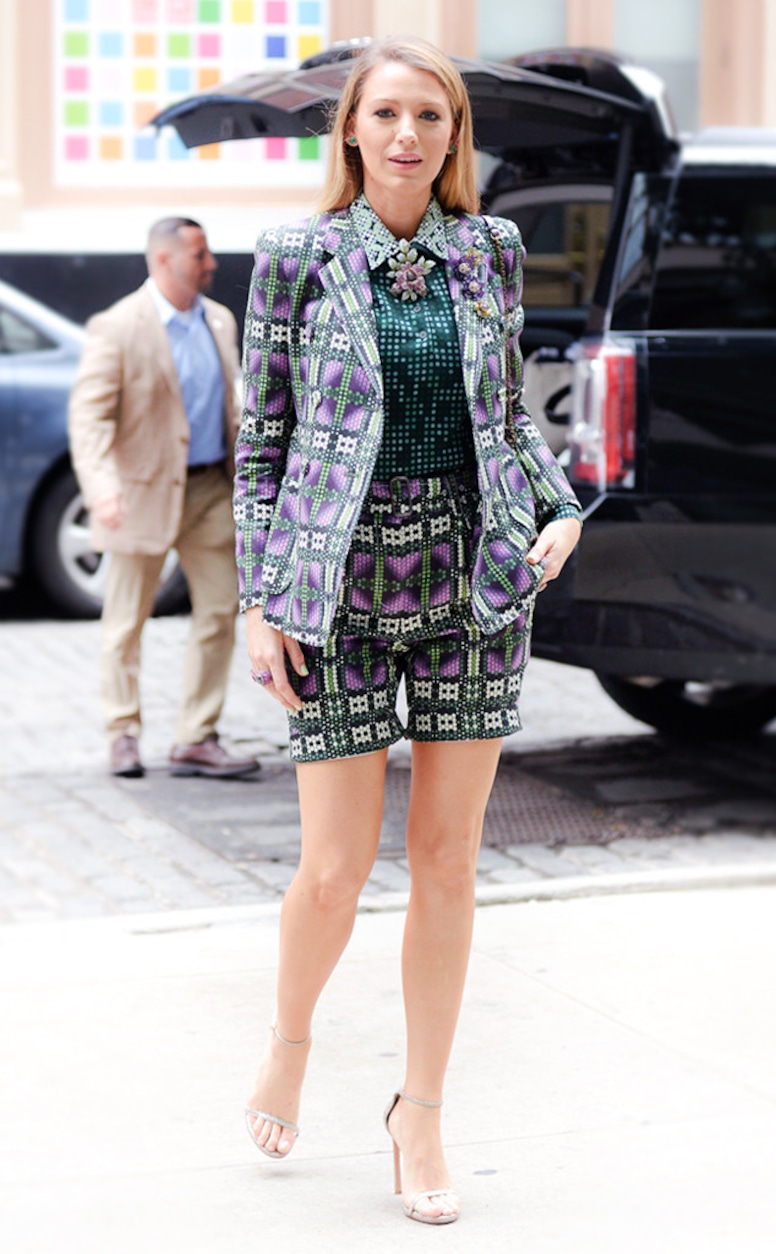 Blake Lively has a unique style that incorporates high-fashion elements with a bohemian twist. Her look fuses free-flowing bohemian elements with sexy old Hollywood vibes. Her hair and makeup are mostly natural, and she wears a lot of color. She likes to make a statement with her looks, and her fashion style is often bold and attention-grabbing.

She acts as her own stylist

Blake Lively has become a style icon thanks to her incredible fashion sense. The actress and superstar mom is known for her bold, colorful frocks and Christian Louboutin shoes, and her personal style is so versatile that she can wear any look she likes. While other celebs rely on stylists to put together their looks, Lively has chosen to shop for her outfits on her own.

Lively’s impeccable fashion sense has helped her get many top-end awards and accolades. And while she doesn’t have a stylist, she chooses her outfits carefully and calls in alterations. She has her own assistant to assist her with calls, but if she’s going to have a big event, she needs to think about her look two months ahead.

As an aging fashionista, Lively’s personal style has evolved as she has become more comfortable with what fits her body. She started by opting for simple baby t-shirts and jeans, but she’s now wearing a more sophisticated wardrobe that includes pantsuits and mini skirts. She’s also choosing garments that flatter her figure and complement her overall style.

Blake Lively enjoys mixing and matching, and she loves to experiment with her look. She loves the creative aspect of dressing up and how quickly it can come together. She also loves to wear new pieces of clothing, such as a velour tracksuit and a pair of Tods boots.

Lively’s personal style is unique, and she draws her inspiration from where she lives. Her 2022 Met Gala outfit, for example, was inspired by New York’s architecture. The majority of attendees were inspired by fashion from the Gilded Age. Blake Lively’s dress, however, incorporated architectural details from the city.

Blake Lively is no stranger to eye-catching menswear-inspired outfits. Her character-driven style has earned her a reputation for being sexy and fun, but she has also mastered the art of dressing demurely in a way that adds sex appeal. Here, you’ll see a few ways she does this.

The choice of menswear-inspired ensembles has been an important element of Lively’s character’s wardrobe in her recent films. The mysterious character in “A Simple Favor” wears three-piece suits, bowties, and pocket watches, while Lively herself has been spotted in vintage Ralph Lauren pantsuits.

The actress got her start on “Gossip Girl,” which was known for its stylish outfits. Since then, she’s found her niche in period pieces and films that require costume design. Though Lively does not use a stylist, she is often involved with the wardrobe of her onscreen characters.

She is known for her bold red carpet looks

Blake Lively is a well-known red carpet beauty and is known for her colorful red carpet looks. She is usually seen wearing patterned minidresses and statement jewelry. Lively is currently the face of L’Oreal Paris and stars in the Gucci Premiere ad campaign.

In 2010, Lively wore a purple harlequin-print dress to the Chanel Soho re-opening in New York City. Later that year, she attended the premiere of the movie The Town at the Toronto International Film Festival, and teamed her dress with chunky jewelry. Lively is known for wearing high heels, but in a Versace gown, she wore converse sneakers instead.

At the Cannes Film Festival this year, Blake Lively was one of the most stunning on-screen women in red carpet dresses. Her dress by Atelier Versace featured a one-shoulder style with glitzy details and a train for days. The actress was busy making rounds at the 2016 Cannes Film Festival in her latest red carpet look. A red jumpsuit by Juan Carlos Obando showed off her figure and a sexy neckline.

Lively’s 2018 Met Gala appearance was no exception. Her red and gold gown took 600 hours to create. The gown featured a fringe train and high-cut slits, revealing a sheer layer of fabric underneath. Blake Lively paired the gown with neutral Louboutin sandals and matching silver accessories.

Lively first stepped onto the red carpet in 2005 when she attended the Kid’s Choice Awards in a red and orange Y2K top. Back then, it was a hot trend to expose the midriff. A year later, she wore a bright orange dress at the premiere of The Sisterhood of the Traveling Pants.

Blake Lively Is a Style Icon Blake Lively has a unique style that incorporates high-fashion elements with a bohemian twist.…